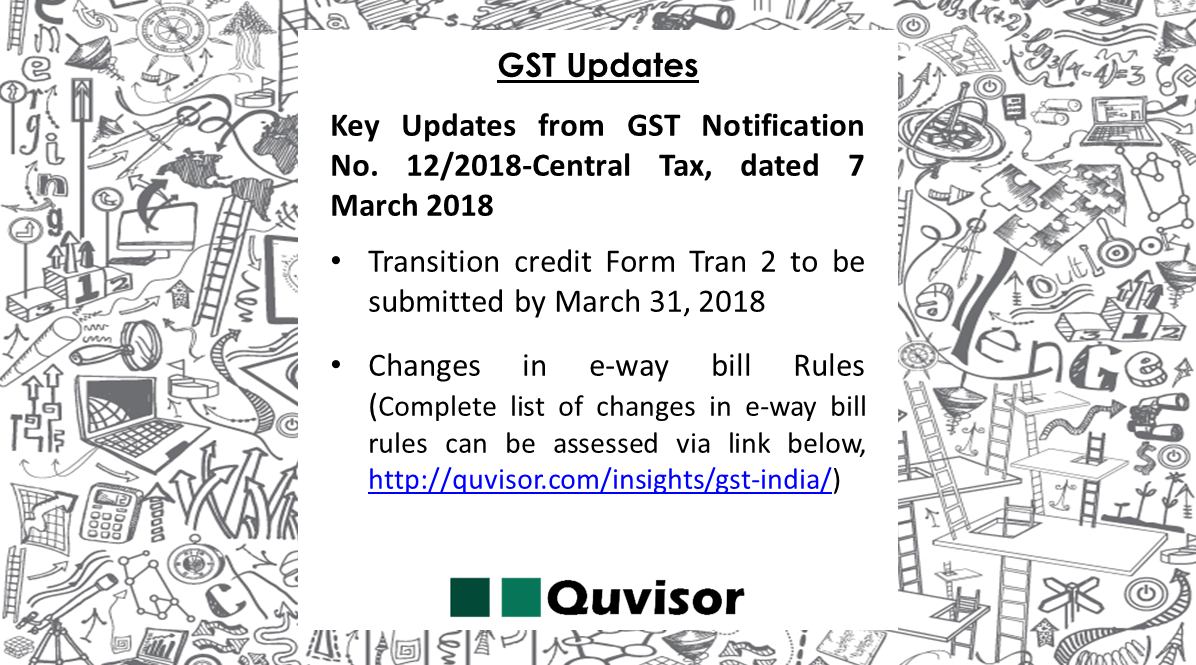 The Government vide this Notification has also provided that Form TRAN-2 has to be submitted by 31 March 2018, or within such period as extended by the Commissioner, for each of the six tax periods.

B. Changes in e-way bill Rules

View posts by Team Quvisor
Team Quvisor comprises qualified chartered accountants and other experienced professionals who are passionate enough to bring you the best advice and tips on everything a business needs.

This site uses Akismet to reduce spam. Learn how your comment data is processed.